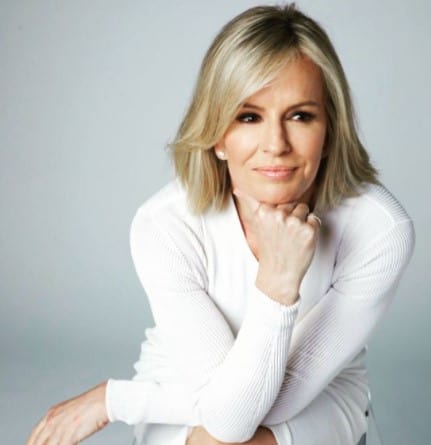 Dr. Jennifer Ashton is a certified obstetrics & gynecologist. Other than that, she is also a medical correspondent who has been working in this field for a very long time. Besides being a doctor, she is also a prominent name on television.

Working multiple jobs seems to be a piece of cake for Jennifer. She is currently the chief health & medical editor and a correspondent for ABC News and Good Morning America. Her career stint doesn’t end there. Moreover, Jennifer has also been the chief women’s health correspondent for The Dr. Oz Show.

Who is Jennifer Ashton?

Jennifer was born on the 23rd of April 1969 in Victorville. Both of her parents were medical professionals, which explains Jennifer’s initial love for medicine.

Later, she attended Columbia College, Columbia University and graduated with a bachelor’s degree in art history in 1991. It is unknown why she chose to study this despite aspiring to become a doctor.

Nevertheless, Jennifer received her medical degree from Columbia University in 2000. As years passed, Dr. Ashton realized that she wanted to be a gynecologist and offer primary care to women.

This led her to enroll at Columbia University to obtain a master’s degree in nutrition in 2016. She completed her residency at St. Luke’s Roosevelt Hospital Center in New York. As of now, she is a board-certified and licensed gynecologist.

Being a prominent woman and an experienced doctor, Jennifer has been able to accumulate a significant amount of wealth.

According to various media reports, Dr. Jennifer Ashton has a net worth of $8 million. A major part of her income comes from her illustrious career as a gynecologist.

However, what has also helped her boost her bank account is her role in famous tv news shows. Since she launched her television career in 2006, we know that she has become the first female medical contributor on the Fox News Channel.

Similarly, she has appeared on shows such as A Baby Story and The Dr. Oz Show.

She joined CBS News as a medical correspondent and remained a featured expert commentator on WCBS Radio and its national affiliates. Most recently, in March 2020, she also became a co-host of What You Need To Know.

Jennifer’s first husband was fellow physician Robin C Ashton, who was a former thoracic surgeon. However, the couple’s relationship came to an end after two decades. They were together from 1996 to 2017.

As if divorcing wasn’t bad enough, her ex-husband committed suicide on the 21st of February 2017 by jumping from the George Washington Bridge. What’s even saddening is that before he made his jump, he left behind a sad note which included Jennifer’s number. Notably, Robin died just two weeks after their divorce was finalized.

Ever since the shocking news of her ex-husband’s suicide, Dr. Jennifer has been against marriage. This is why she is still unmarried to date. Nonetheless, this did not stop her from being in a relationship with another doctor, Todd Ellerin.

Jennifer revealed that Ellerin helped her deal with the anxiety from Robin’s death. Likewise, he supported her every step of the way.

With her former husband, she had two children; Chloe and Alex. Her eldest child is their son, Alex, who is 22 years old. Her daughter, on the other hand, is 21 years of age. Both of them recently graduated from college.