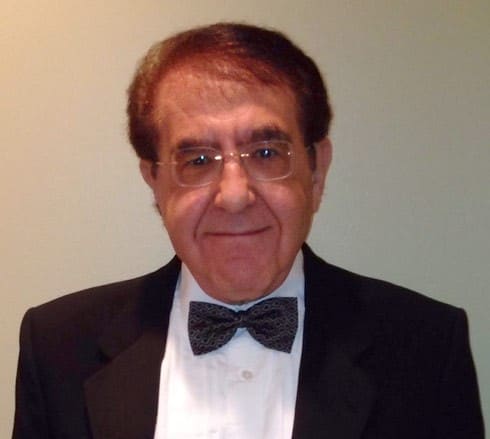 Younan Nowzaradan is an Iranian-born physician, reality star, and writer who specializes in weight loss programs. He is particularly lauded for his ability to help morbidly obese men and women drop down to a healthier weight.

Moreover, Dr. Now is a regular feature on television shows like My 600 lbs pound life and the Half-Ton Teen. Being a surgeon, Younan is quite versed when it comes to bariatric and even vascular surgery.

In addition to being a reputable doctor, Dr. Now is also a family man. He has three kids with his ex-wife. Here are more details about his net worth.

Who is Dr. Nowzaradan?

Dr. Now is a surgeon who mostly operates in Houston, Texas. Younan is an expert when it comes to weight loss surgery. In fact, he has published several books and articles on the laparoscopy procedure. He was born back on the 11th of October, 1944 in Tehran. It makes him 76-years old at the moment.

Nowzaradan’s educational background is quite impressive. He earned his doctorate degree from the University of Tehran. Later on, Dr. Now would make the move to America, enrolling at St. Louis University. Upon graduating from the institution, Younan got the opportunity to intern at St. John Hospital.

Presently. Dr. Nowzaradan’s net worth is estimated to be $6 million. It is fair to say that he has built a bulk of his income from his work as a surgeon. Sources say that surgeons in Houston typically make anywhere between $300,000 to $400,000 every year as of 2021.

Another healthy income stream comes from Dr. Now’s work on my 600-lb life. Unlike the patients featured on the show (who get paid $1500 for starring on the show), Dr. Now is believed to receive a decent amount of money from the show. Dr. Now’s net worth took a major hit after he divorced Delores McRedmond. Sources say that Dr. Now lost about 70% of his assets as part of the divorce settlement.

Moreover, Dr. Now has also faced multiple lawsuits from some of his former patients. To date, Younan has been taken to court by about five different patients. The most egregious lawsuit he faced came back in 2017 when a former patient sought $250 million in damages after what he described as a botched surgery.