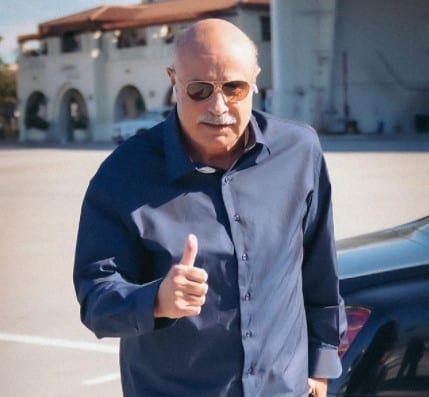 Phillip Calvin McGraw is a psychologist, writer, and reality star. On television, he is known as Dr. Phil. Under this persona, he went on to host the Dr. Phil show for well over two decades. Other than that, Philip has also featured on other shows like Bull and even the Doctors.

Moreover, he also has a plethora of books out in the market. These range from titles like Life Code, Relationship Rescue to Self Matters. Journey with us as we examine a few details about Dr.Phil’s income and net worth.

Dr. Phil is a television personality with an extensive background in Forensic, Clinical, and Experimental Psychology. As soon as he was done with school, he’d start working at a psychological center based in Texas. This was a medical institute that had been set up by his father several years earlier. Besides partnering with his father, Philip also launched several other different business ventures.

These include companies like Courtroom Sciences, which proved quite useful to American litigation psychology. Philip’s first television appearance came back during the mid-90s. He was brought on to appear in an episode of the Oprah Winfrey Show. Oprah, the show’s titular host, was so impressed by his appearance that she invited him back a few more times.

By the early 2000s, he was ready to break out on his own. Consequently, Dr.Phil acquired a production company and started the Dr. Phil Show. The series first aired on September 16th, 2002, and has enjoyed a 19-year run ever since.

His prolonged run on television has helped Philip pick up quite a few Daytime Emmy Awards. Just last year, Dr. Phil also received his own star along the Hollywood Walk of Shame. Things have not always been easy for Philip throughout his career. He has often found himself on the back-end of several lawsuits.

Perhaps the most controversial moment in his career came after he paid a visit to Britney Spears more than a decade ago. Most people saw this as a publicity stunt on Dr. Philip’s part as Britney was dealing with serious mental issues at the time.

Dr. Phil was born on the 1st of September 1950 in Oklahoma. Presently, he is 70 years old. Philip is a middle child born to Anne and Joseph McGraw.He was raised alongside three other sisters: Brenda, Donna, and Deana McGraw. Philip’s father, Joseph, was a reputable psychologist during the prime years of his career.

Dr. Philip McGraw is not only a practicing psychologist but also a shrewd businessman. It is widely reported that he earns an average of $70 million every year from all his different ventures. This includes a healthy dose of profit from the product placement and ad revenue he does on his show.

We learned that Philip owns 100% of the marketing and production aspects of his television show. He also invested money in the tech industry by helping launch the app Doctors on Demand.

More than three decades ago, Philip also received a healthy sum of money after dumping all the shares he owned to a company he founded with his business partner, Thelma Bull. Sources say that these shares were valued at over $300,000.

Dr. Phil’s immense income has enabled him to acquire a few houses over the years. One remarkable property sits in a lavish area in Beverly Hills. The 6,170 square foot property is currently valued at $5.75 million, and with amenities like a heated pool, outdoor kitchen, and spa, its price is well justified.