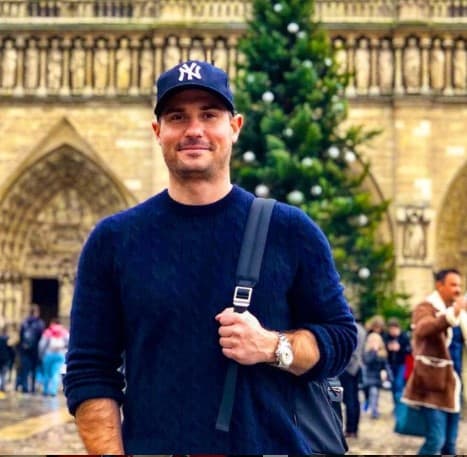 Dr. Brad Schaeffer is best known for his appearance on a medical transformation reality show on TLC named My Feet Are Killing Me. Regardless, before making a name for himself in the media, Dr. Bradley Schaeffer worked hard to become a doctor.

As of now, he is an American Podiatric Surgery Specialist based in Piscataway, New Jersey. Dr. Bradley was born and raised by his parents, Randy and Teri.

His father, Randy, used to work as an on-call electrician while his mother Teri’s profession is still unknown. Moreover, he grew up with a younger sister, Katie English. She is a nurse and medical worker just like her brother.

For a long time, fans have been intrigued to find out who Schaeffer is married to. But their disappointment, Dr. Bradley has refused to disclose whom he has tied the knot to. Despite gaining fame, Dr. Bradley prefers to keep his personal matters private.

At one point in time, there were unsubstantiated reports that he was dating his fellow co-star, Dr. Sarah Haller.

However, as much as the fans of My Feet Are Killing Me want these two stars to be together, there is no evidence that backs up their rumored relationship. Although it is safe to say that both of them are really close friends.

Meanwhile, Dr. Brad is close to the people in his life. On Instagram, he posts pictures of himself with his friends, co-workers, patients, and cast members. However, he has never been seen with a girl. Therefore, due to a lack of evidence, we can say that Dr. Bradley is still single as of 2021.

Born on the 31st of December 1983, Brad is 37-year-old. Over the years, he’d work his way to becoming one of the finest doctors. Dr. Schaeffer passed through the Pennsylvania College of Podiatric Medicine in 2006.

Later on, he’d even affiliate himself with medical facilities such as Hackensack Meridian Health JFK Medical Center and Robert Wood Johnson University Hospital Somerset. In total, Dr. Bradley has over 14 years of experience in the medical field.

Currently, Dr. Bradley is working for Family Foot & Ankle Specialists Hillsborough in Hillsborough Township, New Jersey. However, despite having outstanding credentials, he only came to the limelight after appearing on tv.

Starring on TLC’s one of the prominent shows, My Feet Are Killing Me has helped him earn a significant amount of fan following and income. He presently lives a modest life in his hometown of Pennsylvania.