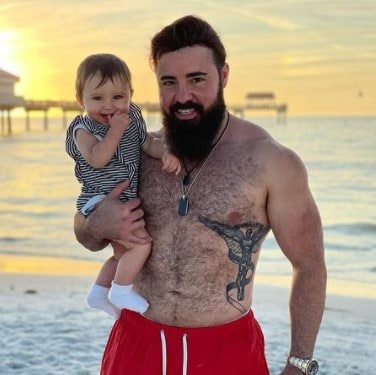 Dr. Joseph Cipriano is a corrective care chiropractor based in Greenville, South Carolina. Throughout the years, he’d pick up the nickname, ‘Y-Strap chiropractor’, thanks to his work on YouTube. With over 5 years of diverse experiences in his field , he is one of the best in this profession. Coupled with his fame, Dr. Joseph is one of the most sought-after chiropractors in America. Additionally, he has gained a massive fan following.

As of now, Dr. Joseph Cipriano shares his life with his better half. According to his Instagram, the love of his life is Leana Cipriano, also known as Mama Cip. She came to the limelight after her husband became a prominent star on YouTube.

Just like her husband, Leana is also a YouTuber who has about 30.1k subscribers presently. She likes to post videos and vlogs about her husband’s work, which, she is often involved in.

In fact, she even appeared in one of Dr. Joseph’s videos where she got her back fixed. The video has over 1.4 million views, making it the most-watched video in Dr. Joseph’s playlist.

Leana and Dr. Joseph met on the 23rd of December 2016. They dated for some time before deciding to tie the knot on the 9th of February 2017 in Michigan. Moreover, Leana even posted a vlog about her wedding day on the 13th of June 2018. The couple has been living a happy life ever since.

So far, Leana is the mother of two beautiful children. They have a son named Angelo and a daughter, Evalyn. Her eldest son was born on the 25th of February 2018. Similarly, Evalyn was born on the 11th of March 2020. Mama Cip is pretty much busy handling her little ones. Nonetheless, she lives a satisfying life with her husband and kids.

Dr. Joseph Cipriano is a graduate with honors from Life Chiropractic College and has been working as a chiropractor for the past 5 years. As of now, he has his own private clinic in South Carolina and Florida. Hence, his primary source of income is from his clinic.

However, he is also a YouTube sensation, which also contributes greatly to his money as well. He has over 1.81 subscribers and over 300 million views. Hence, it can be said that he earns an estimated revenue of $1,900 per day, totaling to $700,000 a year. Adding all that up, Dr. Joseph Cipriano has a net worth of $1.5 million.