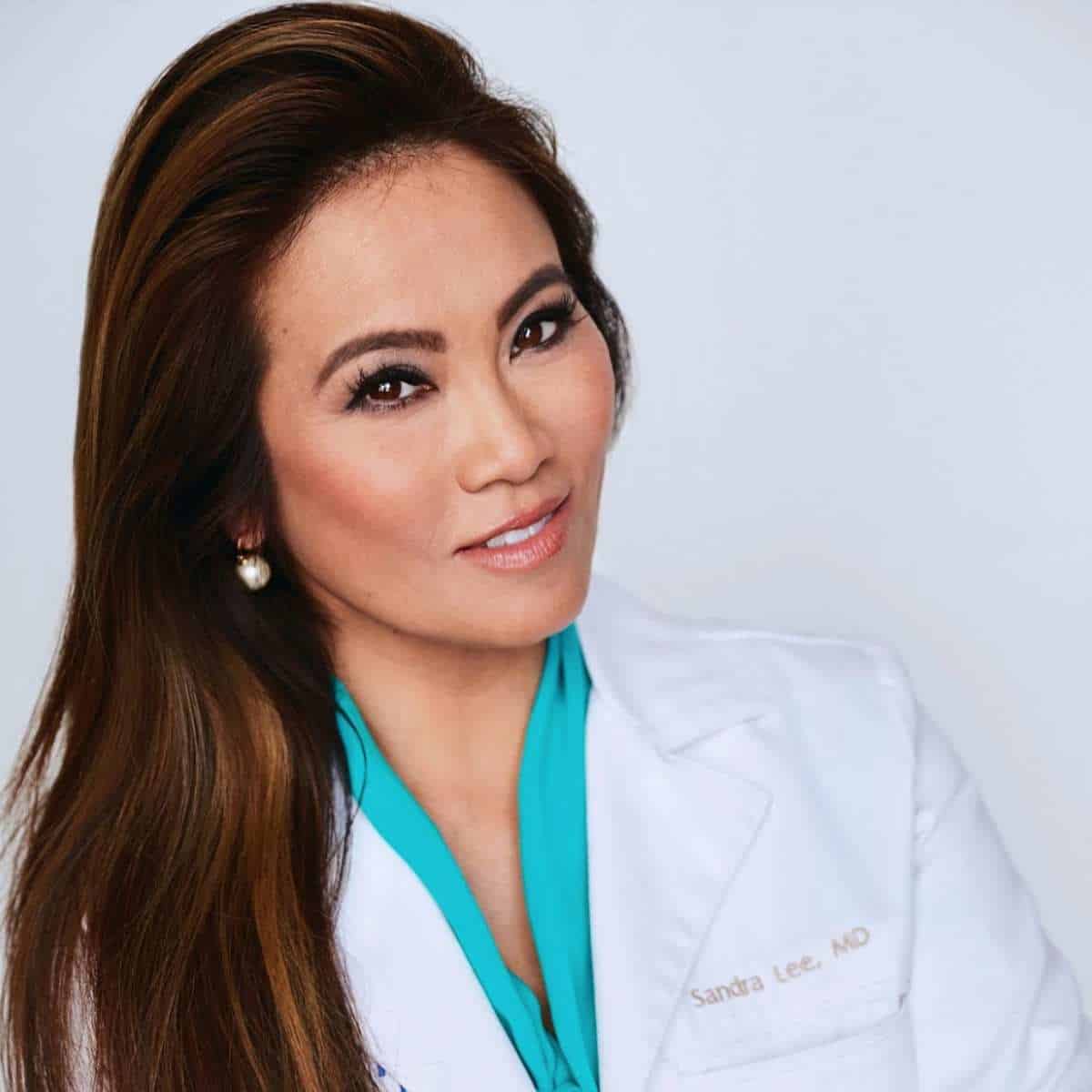 Sandra Lee is a dermatologist, businesswoman, and television personality from Upland, California. Her persona, ‘Dr. Pimple Popper is what propelled her to fame over the years. She’d go on to launch a YouTube channel that today, has 6.9 million subscribers.

She launched the channel more than a decade ago, and it is fair to say that it’s doing well. Moreover, Sanda has appeared in multiple television shows, such as Before the Pop, for instance. Read ahead to learn everything you need to know about Dr. Pimple Popper’s personal life and net worth.

Who is Dr. Pimple Popper?

Sandra Lee is an American doctor who specializes in skincare and health. Additionally, she and her husband also run Skin Physicians & Surgeons. This is practice-based in California. It was set up years ago by Sandra’s father and has remained in the family ever since, boosting their net worth.

Lee’s educational background is fairly extensive. She first started at UCLA before progressing to the Drexel College of Medicine. Lee would then get the opportunity to intern with Allegheny General Hospital. It provided the foundation she needed to hone her skills in cosmetic surgery.

The experience she gathered over the years helped Lee earn a seat on the American Society for Dermatologic Surgery board. By 2010, Dr. Pimple Popper had decided to take her exploits online. She launched an interesting venture, offering her clients treatment at no cost, provided they let her document the procedure on camera.

Less than a decade after launching her social media platform, Sandra got her first big break on television. She was approached by TLC, who offered her the opportunity to launch the Dr. Pimple Popper Show. Since its début episode, the series has gone on to air five seasons.

Sandra Lee was born on the 20th of December 1970 in Upland, California. It makes her 50 years old presently, though some people would remark that she looks ten years younger! Dr. Pimple Popper’s father is a retired dermatologist who grew up in abject poverty when he was younger.

The same can be said about her mother, who was also a Chinese immigrant. Moreover, Sandra’s date of birth also means that she is a Sagittarius.

Dr. Pimple Popper has made the entirety of her wealth through her career in dermatology. She and her husband run a highly profitable dermatology business in California. If sources are to be believed, it makes them a lot of money. Other than that, Lee also released her own brand of skincare products.

Additionally, Sanda also enjoys a healthy stream of income from her YouTube page. Sources say that her channel can make around $6,000 a day from Ad sales and revenue. This added up to about $2 million per year from Ad revenues and sponsored posts alone.

Before we forget, Lee is also a television personality who works with TLC. Reportedly, reality stars on the network can bank as much as $50,000 per season. As of 2021, Dr. Pimple Popper’s net worth is estimated to be $5 million.