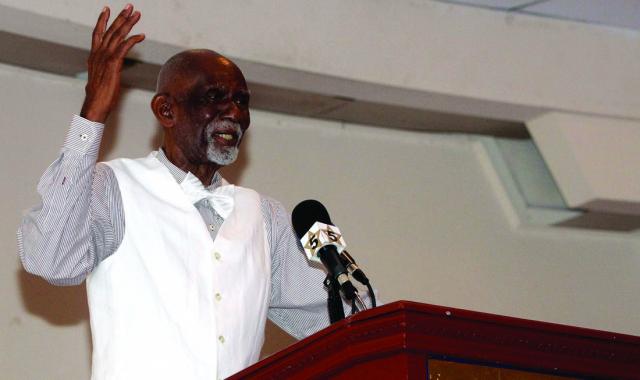 Alfredo Darrington Bowman was an advocate for traditional medicine. Most of his clients knew him by his pseudo name, ‘Dr. Sebi.’ As a devout herbalist, Dr. Sebi catered to some of the most famous celebrities of the era. These include the likes of John Travolta and even pop icon Michael Jackson. Throughout his career, it is fair to say that Alfredo made some pretty big claims.

For one, he told everyone that he could virtually cure any disease known to man with his herbs. Find out how much Dr. Sebi was worth at the time of his death.

Who was Dr. Sebi?

Dr. Sebi was a modern-day witch doctor who practiced in his home country of Honduras and America. Traditional medicine was something that ran in the family. Alfredo learned everything from his grandmother’s knee, watching as she catered to the locals in Honduras.

Because he was not a licensed doctor, Bowman often drew ire from his more learned colleagues. Claiming that he had the cure for aids did little to improve his credibility as well.

Things got so bad at one point that he was even taken to court for practicing without a license at one point. Dr. Sebi was born back on the 26th of November 1933 in the small town of Ilanga. At the time of his death, he was 82-years old.

Dr. Sebi’s net worth was estimated to be about $500,000 when he died. He made a significant amount of his money from his work with herbal medicine. Alfredo had several products out in the market as well.

These range from different herbs and foods, which he claimed could cure a number of various ailments such as diabetes, bad eyesight, and even asthma. The Sebi-diet is available on Amazon for $11.

Alfredo additionally had a website that peddled a number of collectibles that focussed on brain health, body care, digestive care, and even feminine health. His most popular item, however, was his brand of herbal tea.

Dr. Sebi’s immune support tea is still available on his website for $40. Moreover, Dr. Sebi also enjoyed a healthy stream of revenue from the various treatment centers he set up.