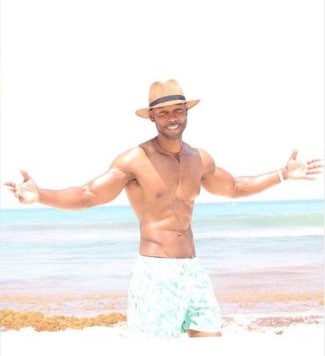 Dr. Gadson Johnson is a doctor who comes from California. He was born on the 14th of October 1977. From a young age, Gadson had a love for doing medical stuff. Aspiring to become a doctor, he dedicated his career to saving lives. Presently, he is a licensed psychiatrist practicing in Santa Monica.

Though Gadson is an accomplished medical worker, he only came to the limelight due to his celebrity wife, Jazmin Johnson. She is a tv actress known for her time on the show, Married To Medicine.

It chronicles the lives of seven women in the medical community. Not just that, but Gadson’s name is frequently brought up in the show as well. This has made the fans intrigued to know more about him.

When one marries a celebrity, they ultimately become public figures as well. Dr. Gadson owes his fame to his wife, Jazmin Johnson. The couple’s love story is still kept in the dark as neither husband nor wife has disclosed this information.

Regardless, according to multiple sources, we know that the couple tied the knot on the 20th of September 2015. Their wedding took place at a private wedding venue in front of friends and families. As of now, this adorable couple shares a son named Gadson Johnson II, who was born on the 4th of October 2017.

Dr. Gadson Johnson loves his family more than anything else. For him, Jazmin and young Gadson are angels that fell from the sky.

Jazmin is an American reality star born and raised in Inglewood. Other than that, she is part of Married to Medicine: Los Angeles, which airs on the Bravo cable network.

Despite being a well-known figure, Jazmin has not shared any details regarding her life with the fans. However, in most interviews, she claims that her resilience got her where she is at today.

Sure, being married to a successful psychiatrist and a fan-favorite of a hit reality show, one can say that she is fortunate enough to have such a good life. But to achieve all these, Gadson’s wife had to work extremely hard. She came from a low-income family who could not afford to give her the best of childhood. However, she worked her way up to become what she is today.

Jazmin is not only a reality TV personality; she is also a fitness enthusiast and an entrepreneur. She has her own blog where she gives out fat loss recipes, meal plans, and workout routines. Moreover, she runs her own car rental business by the name The Lifestyle Concierge.

With exotic vehicles kept for renting at a beautiful place like Los Angeles, her business is becoming a massive success. Likewise, she also rents out a villa in Hollywood Hills.

It is a hot spot for chefs, influencers, filmmakers, businesses, and the affluent. Thanks to angel-like investors, her business seems to be booming lately.

It is no wonder that a successful man like Dr. Gadson has a huge wealth. According to various reports, Dr. Gadson Johnson’s net worth is $6 million. Similarly, a majority of his income comes from his profession as a swell psychiatrist. Likewise, he also shares a huge portion of his wife’s net worth and bank account.

Talking about Gadson’s education, he has had the opportunity to study in one of the finest universities in the US. In fact, he is a graduate of the David Geffen School of Medicine at UCLA in 2005. Likewise, Dr. Gadson Johnson did his residency with VA Greater Los Angeles Healthcare System.

Equipping himself with years of knowledge and experience, Gadson got the license to practice in California. As of now, he is affiliated with Anaheim Global Medical Center and East Los Angeles Doctors Hospital.

Gaining over a decade’s worth of experience in general mental health, he also specializes in psychotic disorders, addiction, and substance abuse. He has cured many of his patients, which has helped him be recognized as one of the trusted doctors in California. Being a man of such high credentials, Gadson has dedicated most of his time serving the patients.

Similarly, despite having the chance of achieving stardom by appearing on the reality show with his wife, something which the fans have been waiting for for a long time, Gadson never makes any time for media. He is truly married to medicine.